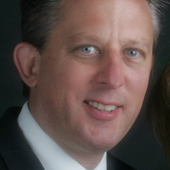 Get to know A. Peter Veres

Our proven track record shows that we truly care about our client's needs and concerns. We are creative problem solvers and deliver exceptional customer service. I have been noted as an outstanding luxury expert with extensive experience who understands the luxury clientele, providing complete discretion and confidentiality. Whether we work with first time home buyers or the high end affluent buyers we treat all our clients with the same respect and responsiveness. As we continue to focus on exceptional customer service we continue to be one of the top 5 RE/MAX Teams in New Mexico a consistant top performing team no matter what market conditions exist. I am a Certified Residential Specialist - CRS, Agent of the highest degree. Only 4% of agents in the USA have achieved this designation. Additional designations include - CLHMS - Certified Luxury Home Marketing Specialist & ABR - Accredited Buyers Representative. We specialize in the Greater Albuquerque area and we continue to be one of the Top 10 RE/MAX Teams in the State of New Mexico.  Recognized by "The Wall Street Journal & "Barron's Financial Weekly" as an exceptional Agent. In July 2006 I received the Rising Star Award by the New Mexico Broker Agent Magazine. Member of New Mexico Select - Top Agents in New Mexico. The customer is always #1. Period! To learn more about Pete and his team go to: www.Rmaxteam.com. Referrals are always welocme and fee's will be paid. thank you.

Chances are, you or someone you know in Albuquerque is facing the possibility of foreclosure. But you need to understand that you are not alone.

Today, 1 out of every 10 homeowners in America is behind on mortgage payments. These are tough and frustrating times. Now more than ever, it's important to identify your options. Foreclosure can be avoided, your credit can be saved, and your financial future can be salvaged.

Through our experience handling distressed properties with the Elite Asset Management Team at RE/MAX Elite, We've found that homeowners today have more questions than answers about their circumstances. We have have created this new site http://tinyurl.com/NMForeclosureRelief to help you understand the possible solutions to foreclosure, as well as provide a detailed explanation of short sales, which may be the best course of action for some homeowners.

You may also have noticed that we are offering you a FREE Report to explain your options and help you decide on a course of action. The idea of losing a home can be overwhelming, and we feel it is vital for you to have all the facts necessary to make an informed decision.

As an agent with the CDPE® Designation, we have a strong and unique appreciation of the factors affecting the market, and know that there are options available to you.

If you would like to know more about your options, please contact us so we can set up your Free Consultation.

We specialize throughout the Greater Albuquerque Area as relocation and buyers specialists. We have extensive experience in Relocation, Investment Properties and the Luxury Home Market. For a quick Relocation web commercial go to: www.GreaterABQRelo.com

Areas that we service in the Greater Albuquerque Include:

We also focus on planned communities such as Mariposa, Alegria, Enchanted Hills, Northern Meadows, Ventana Ranch and the most recent area Cabezon. We have also been helping clients purchase homes in our +55 Active Adult Communities.

For a FREE list of homes emailed to you with photo's on a daily basis go to: www.VipbuyersProfile.com. We will send you via email all the homes that meet your specific price range, area and requirements at no-charge.

We can also keep you up to date on the latest market conditions by getting our Free monthly Greater Albuquerque Market updated by registering at www.AbqAreaUpdate.com.

We thank you in advance for your time and consideration.

Albuquerque was founded by the Spanish in 1706. To this day, Albuquerque is heavily influenced by its history. The Albuquerque Culture is a mix of Indian, Hispanic and Anglo tradition.

Albuquerque lies up against the beautiful Sandia Mountains to the east, is cut in half by the Rio Grande River in the valley, and bleeds into the mesa to the west. The wide variety of landscapes provides for diverse outdoor activities, scenic views, and living opportunities. The climate is incredible and normally referred to as sunny and dry with low humidity. Albuquerque averages 320 days of sunshine a year and ranges in temperature from 24 degrees in the winter to 92 degrees in the summer. Albuquerque averages 8 and a half inches of rain and 9 and a half inches of snow a year. It often seems that it is just enough precipitation to enjoy, but not so much that it hinders travel and entertainment plans.

Albuquerque´s elevation is 5,280 ft. above sea level.It has one of the highest elevations of any major city in the country. The peak of the Sandia Mountain´s soars 10,678 ft. The mountain offers many activities for outdoorsmen. There are many hiking and biking trails as well as skiing at the peak. You can drive to the peak or you can take one of the world´s longest tramways and enjoy the sunset and city views.

There are over 35 major entertainment attractions and over 130 restaurants in Albuquerque. In the winter, you may want to visit one of Albuquerque´s 13 museums or go to one of the Pueblo Casino´s and try your luck. In the spring, it is nice to visit the Zoo, Botanical Gardens and Bio Park or go shopping in Old Town.In the summer you don´t want to miss the local wine festivals and the hiking and biking trails are always fun. The fall is a beautiful time to take a day trip to one of New Mexico´s 57 National Parks and Monuments.Oh, and don´t forget the International Balloon Fiesta in October! It is one of the highlights of the year.

What are people saying about Albuquerque?

Rio Rancho was incorporated in 1981. Known as "The City of Vision," Rio Rancho spans over 73 square miles and is home to over 66,599 residents.

Although portions of Albuquerque and Rio Rancho touch, Rio Rancho is located approximately 15 miles North West of downtown Albuquerque. Rio Rancho is about 50 minutes south of Santa Fe. The climate is incredible and normally referred to as sunny and dries with low humidity. Rio Rancho averages 320 days of sunshine a year and ranges in temperature from 23 degrees in the winter to 91 degrees in the summer. The weather in Rio Rancho makes it a "film-friendly" climate. Lion´s Gate Studios, one of the largest independent film companies in the world, is planning to build a $15 million studio in Rio Rancho. Lions Gate plans to create 1,500 part-time jobs and 385 full-time jobs.

Rio Rancho´s elevation is 5,290 ft. above sea level. Most Rio Rancho residents would agree that the views of the beautiful Sandia Mountains are the best from Rio Rancho. In Spanish, "sandia" means watermelon. The mountains are called "Sandia" because of the awesome watermelon-pink color they turn at sunset. It is quite a site from Rio Rancho.

Rio Rancho has been named one of the fastest growing communities in New Mexico and one of the fastest growing cities in the United States. Rio Rancho has slowly separated itself from Albuquerque with plans for a Down Town area. The Santa Ana Star Center opened in October of 2006 as part of the "City Center" project. Santa Ana Star Center is an activity arena that brings in many concerts and other family events. It is also home to the New Mexico Scorpions Hockey Team. If you are not attending an event at the arena, you might be interested in the skate parks, hiking and jogging trails, a round of golf, or visiting the near-by Santa Ana Star Casino.

Because Albuquerque is just a few minutes away, many residents take advantage of the entertainment there. You may be interested in visiting the museums, the Zoo, Botanical Gardens and Bio Park or shopping in Old Town.You can also take a day trip to one of New Mexico´s 57 National Parks and Monuments.

Introducing a fresh new look for your Profile.
Take the Tour
Click the 'Edit Profile' button below to enter 'Edit Mode' and continue the tour.