(I do all Residential Real Estate Not Just Short Sales)

Circa 2012 December, reporting from the front lines of dealing with Bank of America.

Meanwhile I was working a short sale with Bank America’s short sale processing team in Jacksonville, Florida.  This short sale team attempted to reduce the commission from 6% to 5%.  There was a rule in place, I believe it was HUD, that said the commission could not be less than 6%, but my memory is a bit foggy (thankfully I am not being questioned by Robert Mueller).  Anyway, I had to read the rules to the short sale team in Jacksonville.  Problem solved, nope…still MORE IMPORTANTLY I had to get the sale approved and time was running out.  Christmas Day just around the corner.

The Bank of America social media team consisted of experienced people in short sales.  The team in Jacksonville was going to deny the short sale of the young widow and her children’s home!  Through persuasive communication with the social media team and the POINTING OUT of the many MISSTEPS by the short sale team a conference call between myself and the two teams occurred.  The result came in a few days later.

SHORT SALE APPROVED!!  The lead person of the social media team called me.  She said that she ended up doing a training session (may have been via GoToMeeting.com) to the short sale team in Jacksonville.  The many mistakes and procedural miscues made by the people in Jacksonville hopefully permanently resolved for the next distressed family.

I cannot help it if I seem to make things appear easy.  I guess it is my nature.  Why dive for a baseball when you can be there waiting for it?  Want to talk about doing something hard then try going inadvertent IFR, Instrument Flight Rules…in the clouds, in between the mountains of West Virginia.  Was I successful along with the co-pilot in our CH-53D? I am here writing aren’t I! 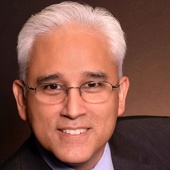