Located on the Cherry Hill peninsula in Prince William County of Northern Virginia, minutes from Washington, DC, Potomac Shores is one of the only stretches of pristine waterfrontage available for development along the Potomac River in the DC Metro area

And boasts thousands of acres of naturally serene, waterfront beauty

Potomac Shores has been a 10-year community in the making. Previously developed as Harbor Station, ownership exchanged hands last year to SunCal, who has quickly gained steam in converting this water-front-living dream into a reality.

The nearly 2,000-acre mixed-use development, with nearly 700 acres set aside as natural open space, will include 4,000 homes in walkable neighborhoods designed with a “nod to historic Tidewater settlements and relaxed, resort character of coastal Virginia” against the backdrop of rolling hills, forests, and riverbanks , and described as perfect for anyone from the “avid golfer or boater, to cultural enthusiast or nature lover”.

"Jack Nicklaus designed a course that is challenging, fun and set in spectacular surroundings," said SunCal Senior Vice President David Soyka during the groundbreaking, according to a press release.

SunCal - Based out of New York, SunCal is one of the largest, privately master-planned and mixed-use community developers. “Each SunCal community is designed to emphasize quality of life, neighborliness, and recreational opportunities”

SunCal’s Mission:  To develop environmentally and homeowner conscious communities with a commitment to preserving the environment that cultivated the community using the Smart Planning concept.


Oh the Amenities! And as Potomac Shores boasts an all-inclusive living environment, I can’t help containing my excitement for the other local amenities supporting this new development, as well as surrounding communities in the Eastern Prince William County region. Just minutes away is new Stonebridge at Potomac Town Center, a modern walkable mixed-use community of retail and residences

As well as 4-star restaurants, such as PF Changs, Firebirds, and opening later this year, Toby Keith’s latest restaurant – I Love This Bar & Grill

Construction has begun on walkable residences across the way

Other nearby amenities include:

Prince William County is alive and thriving, and I’d love to help you find your next home here. Contact me for further information about these new developments, or with any real questions! 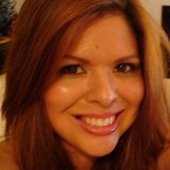