This is a great article fromthe Insurance Journal. It is a composite of 2011's Insurance Fraud Hall of Shame inductees. Some are funny. Some are very, very sad.

It never fails to amaze me what some people, in the absense of morals, will do for money.

A cash-strapped businessman torches his home then massacres five people to keep witnesses from testifying. A cop shoots himself to steal workers’ comp money. Two scammers stuff a coffin with a mannequin and cow parts to invent a dead person for a million-dollar life-insurance payout.

The Hall of Shame annually dishonors the year’s most brazen, vicious or plain klutzy convicted insurance criminals. The Hall of Shame helps brand insurance fraud as a socially offensive crime by detailing true-life cases, and the damage caused by these masters of disaster.

Executed scheme. Dogged by debt, William Craig Miller burned down his fancy Scarsdale, Ariz. house for an insurance payday. Miller then executed two witnesses in their home. He also gunned down three kids in the home to keep them quiet. Some were shot at point plank, including a 10-year-old boy. Miller received the death penalty.

Daffy diamond heist. Financially strapped diamond merchants Atul Shah & Haveer Kankariya staged a dopey $9-million diamond heist for insurance money. They hired two thugs to dress as Hassidic Jews in beards and black-brimmed hats, then pretend to rob their Manhattan business. But the merchants’ own security cameras recorded them removing the diamonds themselves. The merchants both received up to four years in prison.

Policing fraud. Los Angeles cop Jeff Stenroos said a man shot him in his protective vest. Hundreds of police were diverted to hunt for the phantom shooter. Thousands of kids were locked in their schools for hours without food, water or toilets. Traffic was snarled. Stenroos had faked a painful injury to score paid time off via his workers comp policy. He received four years in jail.

Explosive con. Stuck with a decaying home they couldn’t sell Victor & Olga Barriere hired Thomas Trucios to burn down the Long Beach, Calif. place. But Trucios was an amateur who used too much gasoline. The toxic brew exploded. Flames engulfed Trucios, blew up the house and carved large cracks in the sidewalk. Trucios died from third-degree burns. Victor received 14 years and Olga six years.

Stormy scheme. Lori Sergiacomi was popular Providence, R.I. deejay called “Tanya Cruise,” Sergiacomi had two corrupt politicos bang up her home roof, pool and interior to look like storm damage so insurance would pay for her home remodeling. A crooked adjuster helped grease the claim. But just her luck, one politico spilled the entire scheme while being wiretapped in yet another corruption con. Sergiacomi received four months in a halfway house. Her cronies received varied sentences.

Cow parts & mannequins. Jean Crump and Faye Shilling took out life insurance on Jim Davis, a fake person they invented. “Davis” later died of a heart attack, the Los Angeles duo said. Crump and Shilling staged his funeral, with fake mourners and a burial. Then they dug up the empty coffin when the life insurer got nosey. They filled it with the mannequin and cow parts to fool workers lugging the box to the crematorium to erase the evidence. Crump awaits sentencing, and Shilling received two years in federal prison.

Bad medicine. Armen Karazianis headed an Armenian-American gang that bilked Medicare out of $163 million in one of the largest Medicare scams ever by one criminal gang. The Los Angeles-area man set up 118 fake medical clinics in 25 states, and stole the identities of doctors and Medicare beneficiaries. Karazianis also recruited Medicare patients for bogus treatments, and staged crashes for false injury claims. Karazianis received three years in federal prison.

Blind to honesty. Kevin Pushia was a Baltimore pastor who befriended a blind, developmentally disabled man named Lemuel Wallace. Pushia secretly took out $1.4 million of life insurance on Wallace, then had him shot in a park bathroom. Pushia even stole $50,000 from his own church to pay the hitmen. He also tellingly scrawled “L.W. project completed” in his datebook. Pushia earned life in prison.

Fake FBI agent. Bridget Buckner told her employer that her child and husband died suddenly just months apart, the Chicago woman said. She collected $25,000 in life coverage. Her husband was an FBI agent shot in his lung while on duty, she said. Poor guy died awaiting surgery. But the fraud investigator himself was a retired FBI agent who would’ve heard about the death. Buckner’s innocent hubby wasn’t an agent, and her daughter had died several years prior. A spooked Buckner disappeared but was hauled back for a 10-year jail term.

These are fascinating stories.  I do wonder why the gal with the fake FBI agent was sentenced to 10 years for a $25,000 claim and the Bad Medicine guy got just 3 years for the $163 million scheme.  I guess you had to be there.

That's the kind of thing I just shake my head at. It makes absolutely no sense.

It is absurd to think that you could rob the government (tax payers/you and me) of $163 mill and be free in 3 years as a miliionaire. Sounds pretty good to me. What's that...about a $54 million per year salary. I don't know about you, but that's a little more than I make per year.

It only encourages organized crime to get even more aggressive. If you have no morals, and you have thte ability, this looks like a no brainer to me folks.

I am a Christian so I could never even consider it, no matter what my circumstances, but for a person with no moral convictions...what the heck? 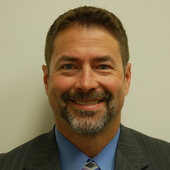